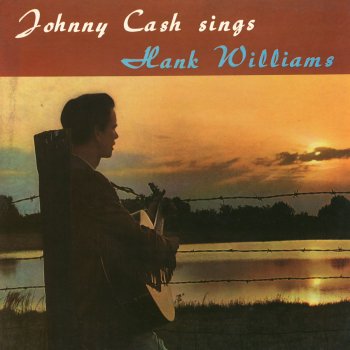 
I give my woman half my money at the general store
I said, "Now buy a little groceries, and don't spend no more."
But she gave ten dollars for a ten cent hat
And bought some store bought cat food for a mean eyed cat.
When I give her ten more dollars for a one way ticket
She was mad as she could be
Then I bet ten more that if she ever left
She'd come a-crawlin' back to me
When I woke up this mornin' and I turned my head
There wasn't a cotton pickin' thing on her side of the bed
I found a little old note where her head belonged
It said, "Dear John, honey, baby, I'm long gone."
When I heard a whistle blowin', and the big wheels a-turnin'
I was scared as I could be
I put on my overalls and I headed to town
Gonna bring her back with me.
I asked the man down at the station
if he'd seen her there
I told him all about her pretty eyes and long, blonde hair
He spit his tobacco, said, "I'll be dad blamed...
I believe I did see her leavin' on the east bound train."
I bought a round trip ticket on the east bound train
I was broke as I could be
But when I come back,
gotta buy another ticket
Gotta bring her back with me.
Well, I got off the train somewhere in Arkansas
And I worked up the guts to call my Mother-In-Law
She said, "I'll tell you where she is, if you act right."
"She's workin' four to twelve at Trucker's World tonight."
When I walked in she saw me, and she took off her apron
And she grabbed her goin' home hat
She bought a ticket with her tips
And now we're curled up on the sofa, me and her...
and that mean eyed cat

Carryin' On With Johnny Cash And June Carter
2020

The Legend of Johnny Cash
2020

Highwayman: The Best of Johnny Cash
2020