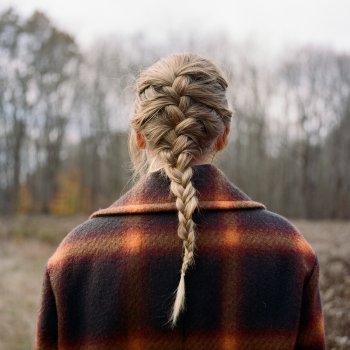 You booked the night train for a reason
So you could sit there in this hurt
Bustling crowds or silent sleepers
You're not sure which is worse
Because I dropped your hand while dancing
Left you out there standing
Crestfallen on the landing
Champagne problems
Your mom's ring in your pocket
My picture in your wallet
Your heart was glass, I dropped it
Champagne problems
You told your family for a reason
You couldn't keep it in
Your sister splashed out on the bottle
Now no one's celebrating
Dom Pérignon, you brought it
No crowd of friends applauded
Your hometown skeptics called it
Champagne problems
You had a speech, you're speechless
Love slipped beyond your reaches
And I couldn't give a reason
Champagne problems
Your Midas touch on the Chevy door
November flush and your flannel cure
"This dorm was once a madhouse"
I made a joke, "Well, it's made for me"
How evergreen, our group of friends
Don't think we'll say that word again
And soon they'll have the nerve to deck the halls
That we once walked through
One for the money, two for the show
I never was ready, so I watch you go
Sometimes you just don't know the answer
'Til someone's on their knees and asks you
"She would've made such a lovely bride
What a shame she's stuck in her head," they said
But you'll find the real thing instead
She'll patch up your tapestry that I shred
And hold your hand while dancing
Never leave you standing
Crestfallen on the landing
With champagne problems
Your mom's ring in your pocket
Her picture in your wallet
You won't remember all my
Champagne problems
You won't remember all my
Champagne problems